Pollution – unwanted waste released to air, water, and land by human activity – is the largest environmental cause of disease in the world today. It is responsible for an estimated nine million premature deaths per year, enormous economic losses, erosion of human capital, and degradation of ecosystems. Ocean pollution is an important, but insufficiently recognized and inadequately controlled component of global pollution. It poses serious threats to human health and well-being.

The nature and magnitude of these impacts are only beginning to be understood. Goals: (1) Broadly examine the known and potential impacts of ocean pollution on human health. (2) Inform policy makers, government leaders, international organizations, civil society, and the global public of these threats. (3) Propose priorities for interventions to control and prevent pollution of the seas and safeguard human health.

Methods: Topic-focused reviews that examine the effects of ocean pollution on human health, identify gaps in knowledge, project future trends, and offer evidence-based guidance for effective intervention. Environmental Findings: Pollution of the oceans is widespread, worsening, and in most countries poorly controlled.

It is a complex mixture of toxic metals, plastics, manufactured chemicals, petroleum, urban and industrial wastes, pesticides, fertilizers, pharmaceutical chemicals, agricultural runoff, and sewage. More than 80% arises from land-based sources. It reaches the oceans through rivers, runoff, atmospheric deposition and direct discharges. It is often heaviest near the coasts and most highly concentrated along the coasts of low- and middle-income countries. Plastic is a rapidly increasing and highly visible component of ocean pollution, and an estimated 10 million metric tons of plastic waste enter the seas each year.

Mercury is the metal pollutant of greatest concern in the oceans; it is released from two main sources – coal combustion and small-scale gold mining. Global spread of industrialized agriculture with increasing use of chemical fertilizer leads to extension of Harmful Algal Blooms (HABs) to previously unaffected regions. Chemical pollutants are ubiquitous and contaminate seas and marine organisms from the high Arctic to the abyssal depths. 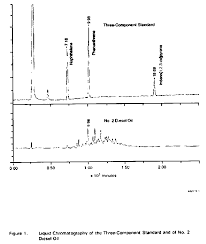