SW-846 is not intended to be an analytical training manual. Therefore, method procedures are written based on the assumption that they will be performed by analysts who are formally trained in at least the basic principles of chemical analysis and in the use of the subject technology. In addition, SW-846 methods, with the exception of required method use for the analysis of method-defined parameters, are intended to be guidance methods which contain general information on how to perform an analytical procedure or technique which a laboratory can use as a basic starting point for generating its own detailed standard operating procedure (SOP), either for its own general use or for a specific project application.

The performance data included in this method are for guidance purposes only, and are not intended to be and must not be used as absolute QC acceptance criteria for purposes of laboratory accreditation. 1.0 SCOPE AND APPLICATION For a summary of changes in this version from the previous version, please see Appendix A at the end of this document.

1.1 This method contains a sequential extraction and separation procedure that may be used in conjunction with a determinative method to differentiate mercury species that are present in soils and sediments. This method provides information on both total mercury and various mercury species. 1.2 The speciation of a metal, in this case mercury, involves determining the actual form of the molecules or ions that are present in the sample. When combined with an appropriate determinative method, this procedure is designed to provide varying degrees of mercury species information. 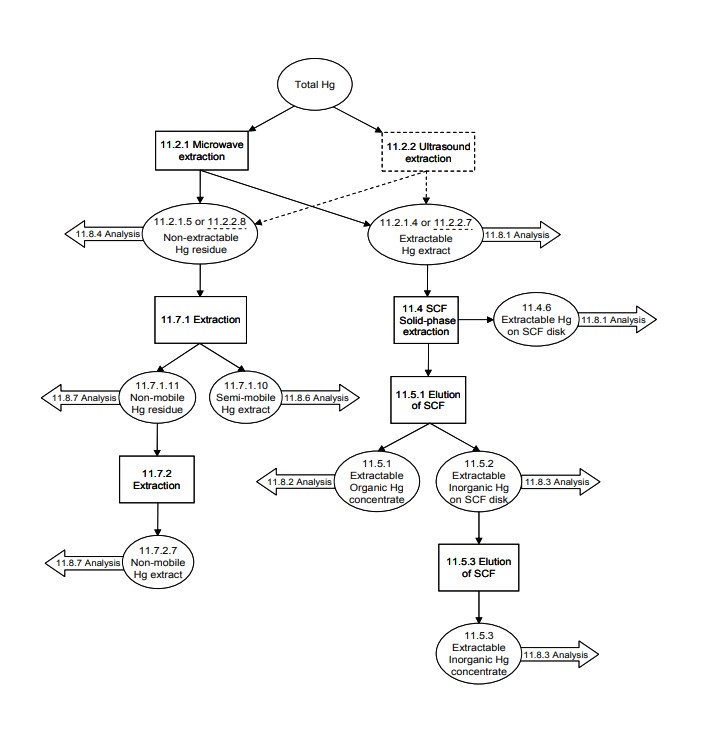