The following environmental contaminants referred to as “Emergent Chemicals” have recently become compounds of concern due to their detection in groundwater and surface water. These compounds are associated with military and industrial facilities and all have acute to chronic health effects in humans. State governments have set varying limits for these compounds.

Columbia Analytical has modified and developed methods to detect these analytes at or below most state regulatory levels. 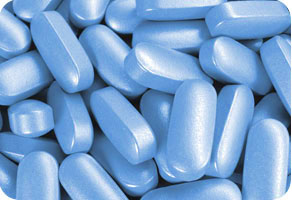 Many household products such as detergents, shampoos, body lotions, dishwashing soap, pharmaceuticals and cosmetics contain 1,4-Dioxane (dioxane). It is a manufacturing by-product of the ethoxylation process used to make degreasing agents such as sodium lauryl sulphate less abrasive and give products enhanced foaming properties. Dioxane therefore becomes an unlisted ingredient of most commonly used household products. Columbia Analytical has developed a special analytical procedure for determination of 1,4-Dioxane by EPA Method 8270C using GC/MS-SIM with Large Volume Injection (LVI) and isotope dilution techniques to meet the low level regulatory criteria issued by USEPA and many states for groundwater and surface water.

Columbia Analytical provides analytical services for a class of compounds called brominated flame retardants (BFRs) including Polybrominated Diphenyl Ether (PBDE). These compounds have been used globally for the past 30 years in a variety of consumer products such as electrical appliances, wires, cables, building materials, plastic parts, resins, laminates, textiles, toys, cars, planes, etc. in order to retard their combustion. Recently they have gained increased attention because of their persistence in the environment, potential for bioaccumulation, and potential toxicity. Columbia Analytical has developed a special analytical procedure for the determination of PBDEs and PBBs based on continuous liquid-liquid extraction or solid phase extraction, with silica gel and acid cleanups, and determination by EPA Method 8270C using GC/MS-SIM with Large Volume Injection (LVI) techniques which dramatically increases the sensitivity of the analytical procedure. The procedure provides adequate sensitivity to address small samples volumes (e.g., 10 mg of material) and provide significantly lower detection limits than compliance limits set by the European Union.

Columbia Analytical employs a number of different methods for the analysis of hexavalent chromium. These include procedures that utilize ion chromatography (low-level applications for aqueous samples), colorimetric chemistry, chemical separation by co-precipitation, and chelation/solvent extraction. Columbia Analytical Services also provides ancillary testing used to characterize environmental systems for the purposes of predicting the fate of hexavalent and trivalent chromium. These include sulfide (total, acid soluble, dissolved, and AVS), ferrous iron, and redox potential. It is a known human carcinogen at low-levels.

N-Nitrosodimethylamine has been classified by the EPA as a probable human carcinogen. Columbia Analytical uses EPA Method 521 to detect NDMA at very low levels. The method calls for the sample to be extracted via solid phase extraction techniques The extracts are subsequently analyzed using a GC/MS/MS equipped with a large volume injector and operated in the chemical ionization (CI) mode. Because the CI reagent gas used (methanol or acetonitrile) produces a mass spectrum with only one significant ion, identification and quantitation are performed in the MS/MS mode. The EPA has yet to set a Maximum Contaminant Level (MCL) while California has established an action level of 10 ng/L. Prior to 1976, NDMA was used as an additive in the production of liquid rocket fuel. Today it is primarily used as a research chemical. NDMA has also been found to be a disinfection byproduct in water systems using chloramination and has also been detected in wastewater effluents.

Perchlorate can be currently analyzed at Columbia Analytical using one of two methods: an ion chromatography method or EPA Method 6850, a liquid chromatography triple quadrapole mass spectrometer method which allows for greater sensitivity and selectivity than the IC method. Major sources of perchlorate are solid propellants for rockets, missiles and fireworks. However, it also occurs naturally. Naturally occurring perchlorate may be a greater source than originally thought. Perchlorate, at even extremely low concentrations, impairs normal thyroid function and may contribute to thyroid cancer.

Columbia Analytical performs analysis of PFOA / PFOS compounds belonging to a family of perfluoroalkyl acids (PFAA) that have a carbon chain substituted by fluorine and a functional group of sulfonic or carboxylic acid. These compounds are widely found in fire fighting foam, fabric & carpet stain repellant, semiconductor industry materials, paper coating, fast food wrappers, lubricants, flame resistant hydraulic fluid, and plastics industry products. These compounds are persistent, bioaccumulative, and toxic. Yet these compounds are not amenable to GC or GC/MS techniques. Columbia Analytical has developed a special analytical procedure for the determination of perfluoroalkyl acids based on EPA Method 1694 using isotope dilution with Solid Phase Extraction and HPLC/MS/MS Triple Quadrapole techniques for increased selectivity and sensitivity.

Columbia Analytical provides a full range of analytical services for residual compounds originating from PPCPs. These compounds which can be detected at ultra-low concentrations may have negative effects on the endocrine systems of aquatic organisms, humans and wildlife, and may encourage development of antibiotic resistant bacteria. Due to their chemical nature, many of these compounds are not amenable to standard instrumental analysis for organic compounds, such as GC and GC/MS techniques. Columbia Analytical performs EPA Method 1694 using isotope dilution with Solid Phase Extraction and HPLC/MS/MS with Triple Quadrapole techniques for selectivity and sensitivity to determine a diverse group of 35 analytes including caffeine, steroids, pesticides, and alkyl phenols (break down product of surfactants).