Columbia Analytical has performed low-level mercury tests by purge & trap gold amalgamation techniques for approximately fifteen years. Our procedure has evolved from an in-house method developed for equipment configured at Columbia Analytical. In addition, the method is routinely applied to a variety of solid and semi-solid samples according to the January 2001 appendix to the procedure. 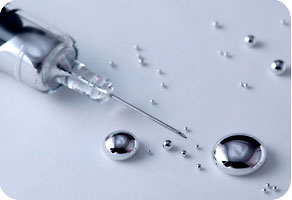 Columbia Analytical also performs analytical testing for methylmercury. Methylmercury (CH3Hg+) is a neurotoxin and is the form of mercury most easily bioaccumulated in organisms. Methylmercury is formed from elemental mercury in the environment primarily by bacteria and other organisms in anoxic environments like those found in estuarine and lake-bottom sediments, wetlands, rivers and the ocean. Because it is formed in aquatic environments, it readily finds its way into the aquatic food chain, concentrating up the chain.

Consumption of fish and other aquatic species is the primary source of human methylmercury exposure. Sources of elemental mercury in the environment include the burning of wastes and fossil fuel, volcanic emissions, forest fires and the weathering of mercury-containing rocks. Columbia Analytical uses distillation and aqueous ethylation followed by purge and trap, cold vapor atomic fluorescence spectrometry (CVAFS) to test for the presence of low levels of methylmercury.